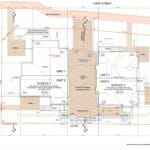 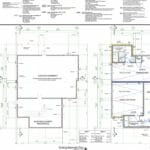 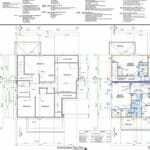 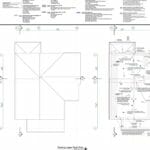 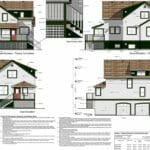 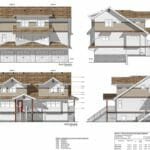 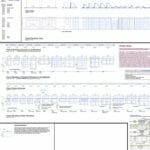 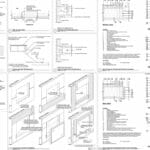 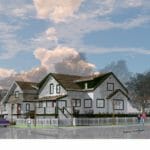 This project completed construction in Q4 of 2015.

While employed at Bissky Architecture, John worked directly under the supervision of the architect Wayne Bissky through the development, rezoning, and into the construction drawings.

John had various responsibilities throughout the project. During the development process, he was tasked with creating the floor plans, sections, elevations, & renderings from the architects sketches for submission into the city. Once the development permit was approved and council granted the project fourth reading he was tasked with taking the project into construction drawings. This included coordinating with the various consultants for the building permit submission. He worked closely with the project consultants including structural, mechanical, electrical, civil, landscape, and building envelope engineers and Architects to complete a coordinated building permit package for submission. During construction, he visited the site for numerous architectural inspections and continued to coordinate the site RFI’s and construction issues that arose.

The tasks described were completed under the supervision of the Architect. Any task not detailed was completed by the Architect. It is a fundamental professional conduct expectation as well as a matter of professional courtesy and, most importantly, a matter of public interest to ensure that credit for architectural design services is rendered to Urbanicity Architecture Inc. For further insight on giving and taking credit for architectural services, see the AIBC Bulletin 44 and the Architect Act.

I found Thomas Drafting Inc through their website and was very impressed by their professional representation. With their state of the art computer program, they were able to provide realistic renderings that helped me make decisions quickly. John and his team not only met my expectations but wen… END_OF_DOCUMENT_TOKEN_TO_BE_REPLACED

Thomas Drafting Inc. came highly recommended by our friend. We were concerned that the addition we were planning would not work and would not fit seamlessly into the existing structure and site. The experience working with John was good, our ideas were given due consideration and every attempt wa… END_OF_DOCUMENT_TOKEN_TO_BE_REPLACED

I have known and worked with John for over 10 years since he first came into my office straight out of school seeking employment.  He has remained a valued colleague and friend ever since.  Over my 40 years in the architectural field I have met few people with more creative thinking or problem … END_OF_DOCUMENT_TOKEN_TO_BE_REPLACED

Thomas Drafting Inc. has made themselves an invaluable asset. The company’s professionalism and construction insight has ensured timely and efficient ventures. I included Thomas Drafting Inc. early during our planning phase to ensure project efficiency, cost savings, and customer satisfaction. W… END_OF_DOCUMENT_TOKEN_TO_BE_REPLACED

I have had the pleasure of working with Thomas Drafting Inc. on numerous projects over the past three years. John Meunier is an incredibly talented professional. His attention to detail is exemplary. From producing a faultless set of construction drawings to 3D renderings of realistic quality, meeti… END_OF_DOCUMENT_TOKEN_TO_BE_REPLACED

We needed someone we could trust to balance our needs and also take into account regulations. We were concerned about scope creep and needed to do the job without exceeding our budget. Our experience with Thomas Drafting Inc. was great! We got the job finished within budget and time and the level… END_OF_DOCUMENT_TOKEN_TO_BE_REPLACED